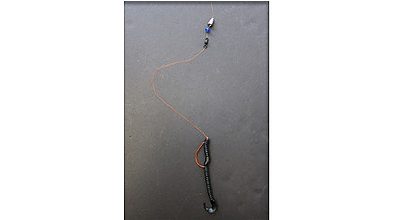 Carolina Rigs are Sliding Sinker Rigs created specifically as bass fishing rigs with a weedless hook and a soft plastic worm. A Carolina rig works with egg sinkers up to 3 or 4 ounces. Lighter sinkers help the rig pass through weeds or grass.

Bass fishing tips: For a heavier weight, replace the egg sinker with a fishfinder slide (a hollow tube with an attachment point for heavier sinkers) and clip on a heavier weight. To keep the sinker or fishfinder from snagging on the swivel, place a small plastic bead on the mainline between the sinker and the swivel. The advantage of a Carolina rig or fishfinder rig is that it allows the fish to pick up the bait without detecting the weight of the sinker.

How to thread a plastic worm on to the hooks of bass fishing rigs: 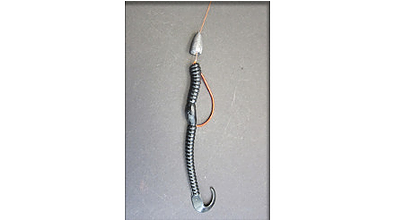 The Texas Rig is one of the popular bass fishing rigs. It is a way to fish a soft plastic worm close to or in cover such as weeds. It requires a special cone-shaped weight and a “worm hook” which is designed to be threaded through the worm so that the point of the hook is not exposed. This allows these rigs to worked through weeds or heavy cover.

Bass fishing tips: Some anglers like to jam the weight in place with a small bit of toothpick. 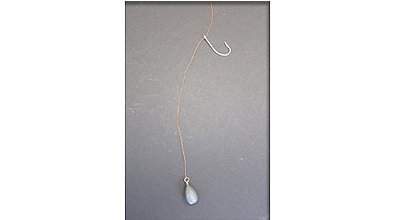 Drop shot rigs are also popular bass fishing rigs as they allow you to present a soft plastic lure above the bottom to bass that are suspended just above the bottom. But they also are great fishing rigs for catfish and a variety of other species. It consists of a weight and a hook tied inline such that it hangs with the shank parallel to the bottom. The Palomar knot is a great way to tie this rig. The hook should face upwards which will help keep it from snagging.

Some avid anglers have developed advanced or personal bass rigs to fool this famous game fish.